Thats almost as much as my mortgage.

That's almost as much as I spend on Hobnobs.
C

Anyone think that the tories want the prices to keep going up as it may push some people back to the office to save them some cost on energy?

Anyone think that the tories want the prices to keep going up as it may push some people back to the office to save them some cost on energy?
Click to expand...

That's an obscene amount that will push millions into poverty, all while this government does nothing.
Last edited: May 24, 2022
A

It's getting serious now
T

Maybe I should ride the new Elizabeth railway all night to save on heating.

What does what happens to ordinary people matter when you're beyond affluent?

The millionaires at Boris's shoulder will cheer and huzzah again.

Or to put it another way, I would be screwed. 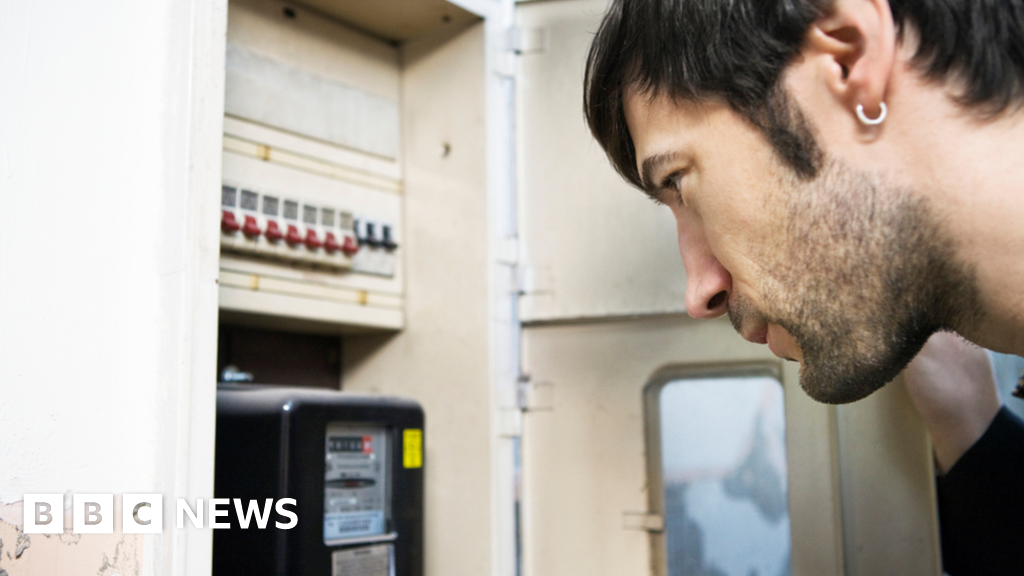 just popping the link on.

The boss of the UK's energy regulator has warned that the energy price cap is expected to rise to around £2,800 in October.
Jonathan Brearley told MPs that the price cap, which is currently at £1,971, will increase due to continued volatility in the gas market.
He said the price rises were a "once in a generation event not seen since the oil crisis in the 1970s".
The Ofgem chief executive apologised and pledged to "fix" the energy market.
The energy price cap is the maximum price per unit that suppliers can charge customers.
It has already risen sharply in April, meaning that homes using a typical amount of gas and electricity are now paying an extra £700 per year on average.
While Mr Brearley said that Ofgem was only part way through reviewing prices ahead of the change in autumn, he said: "We are expecting a price cap in October in the region of £2,800."
He said that conditions in the global gas market had "worsened" following Russia's invasion of Ukraine, which has led to concerns of potential supply issues.
And Mr Brearley warned that the price cap could rise beyond £2,800 if Russia - one of the world's largest exporters of natural gas - decided to disrupt supplies.
"We are really managing between two versions of events," he said. "One where the price falls back down to where it was before, for example if there's peace in Ukraine, but one where prices could go even further if we were to see, for example, a disruptive interruption of gas from Russia."
Europe is reliant on Russian gas and gets about 40% of its natural gas from Russia, so sudden supply cuts could have huge economic impact.
While the UK would not be directly impacted by supply disruption as it imports less than 5% of its gas from Russia, it is affected by prices rising in the global markets as demand in Europe increases.
C

allied_assault said:
It's getting serious now
Click to expand...

And we're still sat on our backsides moaning about it.
T

Not sure what we can do about it.

Organise a large protest in London, which would not be reported on MSM?

Turn off your heating in protest and freeze?
C

There's often some suggestions of ways to get free leccy in the ads on this site.

I don't think I'd recommend doing them though if you would prefer to keep on being alive.
C

The_Tiler said:
Not sure what we can do about it.

Organise a large protest in London, which would not be reported on MSM?

Turn off your heating in protest and freeze?
Click to expand...

There's one in Stockton this Saturday. It really should have been through a local Tory voting constituency just to say thanks.

The price cap figure quoted is based on typical use. Does anyone actually pay as little as this typical figure.?
A

Glover_elbow said:
if every household in the country refused to pay on time and cancel their direct debits they would be screwed
Click to expand...

They would just turn our gas and electric off wouldn't they?
A

The BP garage in my village Diesel price is 189 - totally shocking - I refuse to go there and if everyone did the same then they would have to lower their price per ltr.
They are the highest in this region near Selby.

allied_assault said:
It's getting serious now
Click to expand...

Sorry Allied this is not a dig at you

We should have cared more then

I look at myself in the mirror and ask what can I do to help, but there is no response.

I fear the answer is nothing.