Is anyone with Octopus energy

zzzzz said:
Octopus. I like the fact you can speak to a grown up who will answer any questions quickly without fuss
Click to expand...

2 years ago I went on a fixed deal with Shell Energy for 5 years. It was a great rate as well. Have a look what they are doing.

Octopus came top in the Which? magazine recommendations.

Nosmo-King said:
I’m with Look After My Bills and they can’t find a better deal than I am currently on so not so sure as to the likelihood of decent deals being around
Click to expand...

I too am with Look After My Bills and they placed me with People's Energy. Very cheap but they went out of business two days ago. I have been placed automatically with British Gas. I will wait till I see the deal they are offering me and if I don't like it I will ask LAMB for a change.
S

DCI_Gene_Hunt said:
Are companies like Octopus or Ovo firms that are likely to be going under?
Click to expand...

Octopus is probably going to survive ok. They have operations and alliances in plenty of other countries.

Ovo merged with the domestic business of SSE, so they have some resilience too.

If anyone has a big credit balance with any energy company, ask for it be settled. If the company goes bust you'll get it back eventually but quicker if you claim it now.

Octopus
Great to deal with.
No bulschip!
Very competetive.
Never won "spin the wheel".
I can see on electric usage graph when I had a shower - due to the spike
E

I'm with Octopus and on the most environmentally friendly package. Have over £300 I'm credit but that's to be ready for winter usage. 3 of us in the house all day so heating and WFH home expenses will be huge.

Having a big company behind them doesn't necessarily give them resilience, that's why there are constant mergers, acquisitions etc within the energy industry. I used to work for nPower in the smart programme and they were pi55ing money away constantly and eventually got bought by Eon, but if they hadn't they would have probably folded. They were a really big company as well, but the margins made on energy customers is extremely small and the price caps, despite being lauded as amazing initially, restrict how much profit they can make off those that don't switch. The real issue is the wholesale costs have gone up, so those on fixed rate deals are costing providers an absolute fortune atm, I think I read a 330% increase. Pretty much every supplier is loss making atm on supply so something is going to have to change at some point.

I usually use MSE cheap energy club and switch whenever there is a cheaper deal, currently on fixed until Feb 2022 assuming provider lasts that long.

Suppose this highlights the danger of relying on gas from Russia over renewables and generating our own electricity.

I always thought there was something a bit fishy with them, but looking at it from a different perspective you could save a couple squid.

It's all a con though isn't it? The illusion of choice, as if methane molecules or electrons from one 'supplier' somehow differ from any others. It was a cartel and still is a cartel designed to cream off your money into capitalists pockets.
Investment in infrastructure was touted as a benefit of privatisation. The result? The UK's gas storage contingency capacity now consists of two Calor gas bottles on a caravan site in Skegness, only the Chinese know how to build nuclear reactors and half our electricity comes from France. 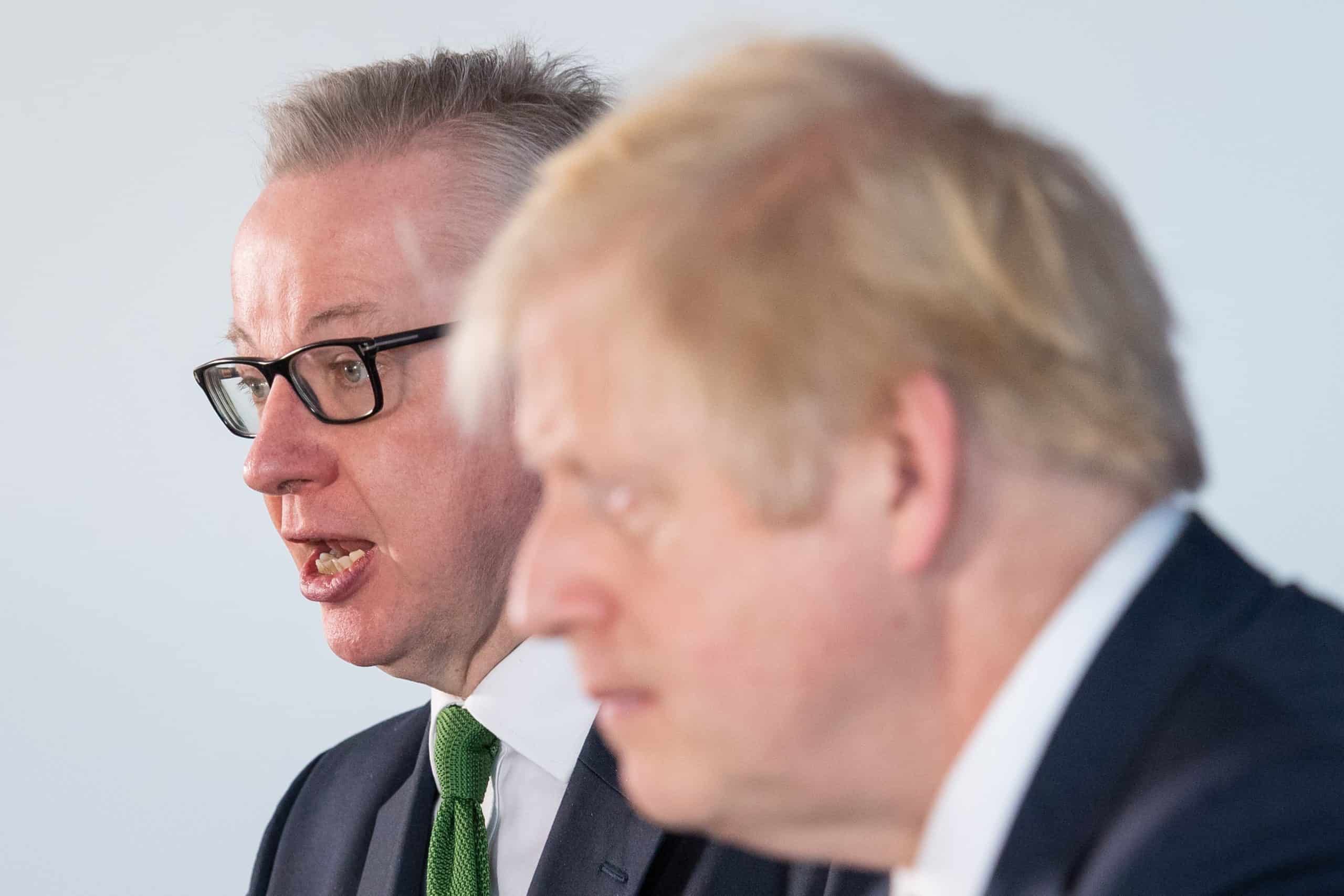 Flashback to when Johnson and Gove promised lower gas bills

Claims made by Boris Johnson and Michael Gove before the 2016 EU referendum that gas bills will be cheaper if Brits back Brexit resurfaced.

Ovo have just put my electricity up from 14.5p unit to 26.2p per unit so be careful with them.

British Gas Evolve (19.9p) and Bulb (20.2p) are the cheapest at the moment out of the well known companies.

Both have standing charges about the same at about 26p.

octopus are great and were one of the first to introduce late night tariffs for electric car users.

Stuck in the middle of a dispute with Bulb at the moment, had a smart meter put in last year, all was ok but they decided in August that something was wrong with it and recalculated all my bills which doubled my electricity usage putting me from £100 in credit to £500 in debit. They even changed my final old meter reading up by 200 units even though it was read through to them by the installer so something is a bit dodgy.
Waiting to go to the ombudsman with them as I've heard nothing back.

I was with Utility Point
Now waiting to find which supplier Ofgem have "assigned" to me. Suspect I'm in for a hefty financial shock!!

ThatFragranceGuy said:
Having a big company behind them doesn't necessarily give them resilience, that's why there are constant mergers, acquisitions etc within the energy industry.
Click to expand...

The mergers happen because each company thinks that once they have set up a customer service department, it's good whether the company has a thousand customers or a million customers, and if they have a million customers then they can negotiate better forward prices for gas and electricity. So it's just a numbers game, get as many customers as quickly as possible. Realistically the only way to get more many customers for an essential commodity is to undercut the opposition.

We'll be back down to 6 big energy companies by November.

Although my current contract doesnt end until November I just got a quote online from Octopus - the quote is £85 a month more than what I am paying now.

I've been with "outfox the market" who have been cheap as chips, and very good to deal with. No idea if they are fooked, but would recommend them.
B

DCI_Gene_Hunt said:
Although my current contract doesnt end until November I just got a quote online from Octopus - the quote is £85 a month more than what I am paying now.
Click to expand...

Try Bulb they are a lot cheaper than Octopus at the moment, don't know how long they can hold these prices though, they told my mother they will not go up again in the next six months. But who knows they way things are going.

BigJack said:
Try Bulb they are a lot cheaper than Octopus at the moment, don't know how long they can hold these prices though, they told my mother they will not go up again in the next six months. But who knows they way things are going.
Click to expand...

Are Bulb big enough to survive?
B

That is the big question at the moment, all i know is that they are now the sixth biggest energy supplier in the UK. Which means they must have pushed one of the traditional big six out of the top six.
You must log in or register to reply here.
Share:
Facebook Twitter Reddit Pinterest Tumblr WhatsApp Email Share Link
Top
X