Up to 4 pages already - tbf gets a canny big audience that site
Click to expand...

Especially when they're talking about us!

Hopefully he just gets 100 lines and that’s the end of the matter.

I really worry about the type of people who are bringing these charges to the table, and they are running our national game.
M

Berwickhillbilly said:
I really worry about the type of people who are bringing these charges to the table, and they are running our national game.
Click to expand...

Just like any other large organisation they are terrified of being seen as anything but thoroughly disapproving, due to the inevitable consequences that would bring.

This is where we are at now.
W

It’s actually really easy to search through all of someone’s tweets for keywords, you don’t have to trawl through pages of tweets. There are also websites you can use to delete historic tweets.

I don't really follow any religion but I remember this quote from the bible and I think it fits this situation perfect.
"When I was a child, I spoke like a child, I thought like a child, I reasoned like a child. When I became a man, I gave up childish ways".
How Can the FA hold him accountable for something he wrote when he was a kid before he was even old enough to be employed as a professional football player! and now the poor lad who is still young has this on his plate and reputation. It's a pure witch hunt and could effect his mental health with very bad consequences. The FA should be ashamed of themselves. From what I have read on Twitter everybody is saying how ridiculous it is.
R

Jarrod Bowen got a warning and sent on an awareness course.

(This means Bola will be banned for the rest of the season of course. )

Well, the fact is the tweet exists and is there on his account which, presumably, says he's Marc Bola the professional footballer. Should anyone come across it will they know he was only 14 at the time? Perhaps, or perhaps not. The FA have found it by whatever means. Arguably he should have had his account checked at some stage so he's been, at least, a bit negligent. As said above, it's quite easy to do that sort of thing. Should the FA have gone right out and charged him? Well, they have previous for doing that so the precedent has been set. Is that the right thing to do? Perhaps a better policy would be to ask the player to remove the tweet and, if he doesn't, then charge him.

Did he commit a crime? If so let the police deal with it. More likely he didn't commit a crime for which a 14 year old would be prosecuted. The club should make a stand here and tell the fa to feck off this is none of their business and our of their sphere of influence.

Wouldn’t the players union step in and get this one laughed off???

zorro_mfc said:
“woke obsession” I think you have just proven my point

As it seems people need to be offended these days.
Click to expand...

Do you know what being woke means?

can you explain why the meaning of woke is a bad thing to be? Would you say you are anti woke and therefore support ignorance against racism & equality?

or are you just parroting it as a pejorative because you’ve read it somewhere and it fits your narrative?

Have you considered signing up for come on boro?
E

It's interesting that there is no mention on the FA website of the charge, but there is for an academy coach who has been placing bets back to 2014.

So the FA have charged him with bringing the game into disrepute for a comment that no normal person would have seen had not the FA brought it to the fore.
Hmmmm.

Always a touchy subject, but I think there are a few important points to bear in mind.

We don't, as a society, accept that 14 year old are necessarily capable of making informed decisions, or expect them to be accountable for them. We don't let them vote, marry, drink, consent to sex etc. That said, we do prosecute kids of some crimes, and most would agree that this is right.

My concern about blaming a child for this is, at that age, you are very heavily influenced by your surroundings and environment.

Growing up in 80s Middlesbrough, I probably became aware of the word "gay" at around the age of 8 or 9. All I knew was that it was an insult. That's what happens when you learn it from the school bully. I may have repeated it myself. I don't think that made me homophobic: I didn't know what the word meant, or that it had anything to do with sexuality, whatever that was. But I got the impression that it was bad.

A few years later, I found out what it meant. I didn't actually understand at this point that there were people who were gay. I knew that it was still an insult, and that therefore there must be something wrong with this. At the age of 10 to 12, I lacked the criticality to challenge what I had learned.

Maybe that persisted for longer than it should have done, because it simply didn't concern me. I wasn't gay and I didn't know anyone who was. I think it was only at university that I actually met people who were openly gay, and a couple of years after that until a friend of mine came out as gay, that I actually realised I had some negative attitudes towards homosexuality. I am grateful to that friend knowing him before he came out has made me a better person.

I don't think I was ever homophobic; I'd just been shaped by my environment. It's only in early adulthood that I started to challenge that. I am therefore reluctant to condemn a guy for what he said when he was 14. That said, I realise the world is rather different now, with awareness of the issue being raised at younger ages, and not left to the school bully to introduce the concept. I don't think someone 20 years younger necessarily walks the same path I did. However, I would not be surprised if there are areas in the UK where similar attitudes are fostered.

I have no problem if Bola comes out and apologises for his previous comments, I'd hope he'd want to, but I don't see the need for more than that.

Wonder were this will end up?

Another player gets 4 game ban and face to face education 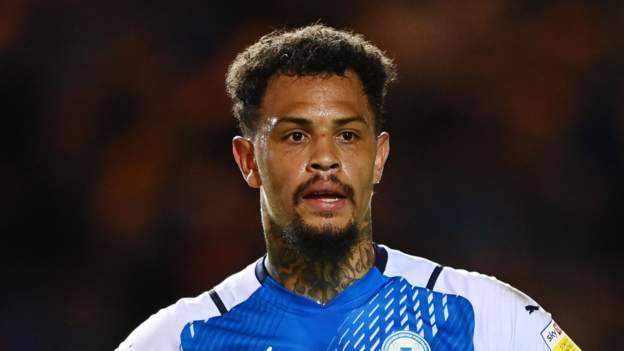 Cress said:
Another player gets 4 game ban and face to face education

The FA have a booklet about essential information on disciplinary matters for players which is available to every player each year. Included in the section on social media is the following section

REMEMBER: • Retweeting is treated the same as posting a comment yourself.
• You are responsible for everything on your account at all times whether or not you posted it.
• Only use words, phrases and images that you are 100% sure of the meaning of – ignorance will not be a defence.
• Your comments may affect your future career.
• Remove any inappropriate postings as soon as possible.
• You are responsible for everything on your account including historic postings that you may no longer remember are still on your account. Therefore you must ensure you remove all posts which might be in breach of FA Rules.
• Be careful of what you ‘like’ SANCTIONS FOR THESE OFFENCES MAY BE FINANCIAL AND/OR MATCH SUSPENSIONS

It looks like he is going to get the book thrown at him.

norfolkngood said:
You are responsible for everything on your account including historic postings that you may no longer remember are still on your account.
Click to expand...

I hope we as a club treat this crap with the contempt it deserves.

if fit play the lad on sat