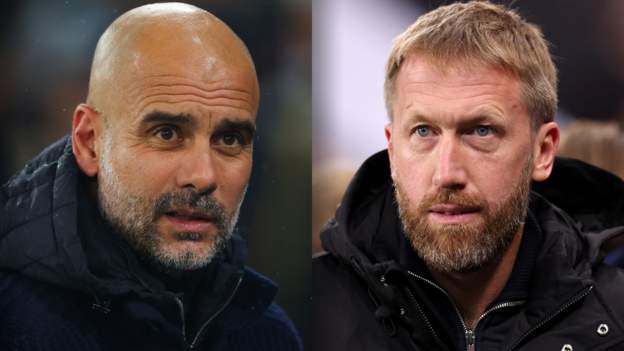 Manchester City v Chelsea will be shown live on BBC One and BBC iPlayer as part of the BBC's coverage of the FA Cup third round in January.

All premiership ties are dull.

I don’t understand it, you see them every week, surely the magic of the FA Cup is about possible giant killing or at least a lower league club at home to a higher league club?
N

Because the BBC especially don't get the chance to show those teams very often and they get the biggest viewing figures.

The TV companies are most interested in viewing figures.

Because the BBC couldn’t pay the premier league 400 million pound a season like sky do so this is there way of pretending to have 2 premier league teams on there service and be in with the big boys!!!

Yeah, if the potential giantkilling ties drew anywhere near the same viewing figures then they would, but they don't, so they don't

It's basically City / Liverpool / Chelsea reserves and U23s playing whoever.

The 'magic' of the cup has been missing since so called bigger teams simply don't care. Especially if still in Europe. Then you've got prem sides who have a genuine chance crashing out because getting to 40 points is more important. It winds me up

The only 'magic' that I like is knowing a lower league club can get a great payday. Especially if away at a big ground. I mean it's not like the 'big 6' need the TV money.

The only thing duller than watching the same 6 prem teams every week is an all championship tie. They are even worse.

I personally thought spurs was a highlight of last season. The occasion / atmosphere and team and fan togetherness. Funny how things changed so quickly.


Oh and I'm of an age that I still remember watching Boro play those games against Everton. That was the FA glory days... Holgate and the smell of bovril and urine