Bro exit the FAC this day 1973 & Stan ponders his future

Stan Anderson considered his Boro future after this defeat to 3rd divison Plymouth Argyle, with one win since 2nd December Stan had the weekend to consider his position on whether to stay as manager of the Boro, & if so, a sad ending to a good managers reign & the 1st Boro manager for me following the Boro

He had put together a very good team, made some excellent signings, including my favourite player of all time, John Hickton & introduced some brilliant youngsters through the ranks, Willie Maddren, David Mills, David Armstrong, he had transformed the mighty Boro from a relegated team to a team constantly knocking on the door to win promotion to the 1st division, now PL

Stan signed for the Boro from Newcastle in November 1965 as a player coach, the 1st such role in Boro's history, he then went on to become the 1st player to represent & captain all 3 north east teams, making his scoring debut at home to Cardiff on November 4th in a 4 -3 defeat,
January 1st seen him score his 2nd & last Boro goal in a 4-1 defeat at Rotherham & by April 66, with the team struggling & heading towards the 3rd division, he was offered the position as manager & was appointed manager of the Boro, unfortunatly Stan couldn't halt the slide in to the 3rd divison for the 1st time in our history

Stan got the Boro promoted at the 1st attempt & in the following 5 seasons had us finishing, 6th, 4th, 4th, 7th & his final full season 9th, this was long before the playoffs were even thought of

Stan had proved to be a very good manager, good football, cracking FAC runs, with victories over Man Utd & West Ham, the Ayresome Angels supporters on the terraces from 66 had come & gone though Stan had one thing that never left him, his eye for a good player, John Hickton, Hughie Mcllmoyle, Willie Whigham, John Craggs, record signing Jonny Crossen, 6 foot 2 eye of blue Stuey Boam is after you, world cup winner Nobby Stiles & the introduction of Willie Maddren, to eventually play alongside Boam as the telepathic twins, Jim Platt etc, etc, some of these players including his final 2 signing, Alan Foggon & Graeme Souness. who again, proved to be a master stroke for the incoming manager to take on & inherit a quality team ........big Jack come on in 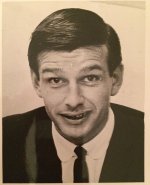 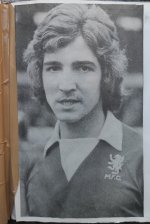 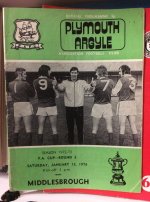 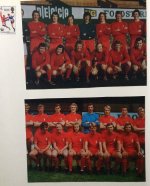 Loved that kit. Plain, simple yet looked classy! I remember when clubs were after big John. Stan issued an ultimatum- if he goes, I go. Well done Stan.

Good post, Erimus. It's worth mentioning that when Stan scored in that New Years Eve game against Rotherham, according to Arthur Horsfield he also scored a blinder of an own goal.

Stan talks about the timing of his resignation from 5.15 in this video. It seems he would have resigned the night of the Plymouth match even if the Boro had won, as he already been offered the AEK Athens job:

Picto_Leng said:
Good post, Erimus. It's worth mentioning that when Stan scored in that New Years Eve game against Rotherham, according to Arthur Horsfield he also scored a blinder of an own goal.

Stan talks about the timing of his resignation from 5.15 in this video. It seems he would have resigned the night of the Plymouth match even if the Boro had won, as he already been offered the AEK Athens job:

Cheers Picto, im sure I have that MSS feature on Stan that you carried out, I should dig those out & re-read em all, some quality stuff in them

Remember going to this game
in car with my Mam and Dad.
Set off just after midnight on Friday got there12:00 midday.
Awful display by Boro
Set off home 18:00 absolutely poured down all way home.
Finally got home 6:00 Sunday morning.
I honestly don’t know how my dad did it. He was the only driver.
Obviously his love for Boro was immense, my biggest regret in life is that he was to ill for us to take him to Cardiff and Eindhoven.

That was hell of a journey (or a fair old poke as Paul Whitehouse would say) before the full motorways of today and airports in the case of NW - 12 hours driving each way. I was only a young kid then, but those early months of 1973 felt like a football desert to me - no big cup games and no chance of promotion, but in our darkest hour something was stirring at the time I was unaware of.

I am sure your dad was at Eindhoven in full spirit.

Question for all, particularly that Mr (Erimus) 74

Graeme Souness was an unknown young Spurs reserve when Stan Anderson signed him in December 1972 - Is it true that by June 1974 he was in the Scottish World Cup squad for West Germany in June 1974? That was a Scottish team that was unbeaten in that tournament.

When he got chatting in that video, I thought that was my Dad!

Redwurzel said:
Graeme Souness was an unknown young Spurs reserve when Stan Anderson signed him in December 1972 - Is it true that by June 1974 he was in the Scottish World Cup squad for West Germany in June 1974? That was a Scottish team that was unbeaten in that tournament.
Click to expand...

Souness didn't get capped until after the 1974 WC and wasn't in the squad. He didn't become a Scotland regular until he moved to Liverpool obviously. Quiz question though: which member of the 1974 Scotland WC did play for Middlesbrough (though he wasn't a Boro player at the time).

I leave the GS answer for a while

Capy's question - without using the internet I would say Don Masson who I know played in 1978 - he played for Boro in the 1960s but I remember him at QPR in the 1970s in a side that nearly won Div 1 Championship in 1976.

Damn - just looked at a Scottish team photo and I got it wrong!

I did think about the right player but thought he was too young in 1974.

No. not Don Masson.

The initials are JS

Aaah got it
Cheers Red struggling there

Me too; great question Capy. He had his own exclusive chant at another club...

Not the actor the other one

So who are the players on the programme cover? I thought at first number 9 was Paul Mariner but he didn't join them until 1973. I think Tony Waiters is the manager and Jim Furnell the 'keeper. Jim Hinch number 9?

Wil check the programme later today once up, I thought the No9 was Paul Mariner mind 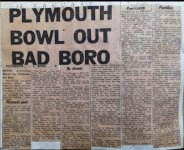