zorro_mfc said:
“woke obsession” I think you have just proven my point

As it seems people need to be offended these days.
Click to expand...

The use of "woke" in any sentence is just completely stupid.

I’m highlighting how a word can appear out of nowhere and take on a new context.
See also gammon etc.

I was using it to make exacty that point.

Im sure we all hope Marc Bola is ok

I think he really needs to make a stand here, depending, of course on his comments.
J

This is stupid, he was a kid! Who's decision was it to investigate it? The second it was ckearbthey where made when he was a kid that should have been the end of it. No need to drag his name through the mud now, if it had been as an adult then yes, shame him. But we all said and did things as a kid, mostly through ignorance and lack of world experience. You can't retrospectively punish people like this.

The action by the FA in this instance, reflects badly on them, much more than it does on Marc Bola, who was a child at the time of the supposed “offence”, and a stand has to be made on this by everyone involved in football. It really is pathetic.
J

MrIsaac said:
The action by the FA in this instance, reflects badly on them, much more than it does on Marc Bola, who was a child at the time of the supposed “offence”, and a stand has to be made on this by everyone involved in football. It really is pathetic.
Click to expand...

Agreed. Someone at the FA needs to be charged for bringing the game into disrepute with this charge.
J

birkbeck_dj said:
One post about your woke obsession is sufficient. We get it. You are oppressed by it. Before you heard of woke, which sounds like you don't know what it means, was political correctness gone mad blamed? Probably.

As for the main content of the opening post, without speaking like a tent-a-gob RCP/Spiked charlatan, what Bola said as a 14 year old shouldn't be used against him as an adult. If he said it 4 years ago, FA may have grounds as he is no longer a silly teenager taunting people. Although I didn't use racist remarks at 14, I did make homophobic ones. But I learned. Finding out about Section 28 and musicians and writers I liked were gay helped me. As did my hippy mother who told me why it was wrong, like she did about causal racist terms I used when my family lived in Middlesbrough before we moved to London just as I turned 14 in1987. Such a change helped when my brother came out as gay himself later.
Click to expand...

Laughing said:
I think he really needs to make a stand here, depending, of course on his comments.
Click to expand...

Nah just apologise, take the course, don't make fuss, get on with your life. That's what Bowen and Hamza did and no one really cares about it anymore.
R

Who's sad enough to read last week's social media posts let alone trawl through years worth looking for something to be offended at.
U

Apparently we have another new gender we can identify as now, it’s called librafluid!!!! Which is when you wake up as either a male/female but feel a little bit feminine/masculine for a little bit that day, then you can identify yourself as Librafluid, wtf no wonder kids are so confused these days, it’s actually quite worrying

Warning and a course

Didn’t Ollie Robinson get off and the keeper who did the Hitler/nazi salute - his defence being he was rubbing his nose and waving at his mate. So bsurely there’s hope for Marc Bola…unless there’s something I’m missing

zorro_mfc said:
Yes must do.

this really is pathetic isn’t it.
Click to expand...

I understand that it's the FA and not the police involved in this farce.

Nonetheless, here in Oz, serious youth crime is at an all time high.
Almost daily, kids have been caught stealing cars, ram raiding, bashings, stabbings, break and enter, I could go on and on.

Only recently three kids, one as young as twelve stole a car and broke into the home of an ex Australian rugby union international players house in the
middle of the night and were confronted by the player and family members.
These so called " kids " were armed with an axe, machete and knife and didn't hesitate to stab the player and members of his family. It was sheer luck that
the wounds weren't fatal.

The kids were caught and sure enough, their faces on TV were blocked out and their names supressed.

And yet, we have a young man who posted something offensive when he was fourteen and has been named and shamed in the worlds press.

I know who I would name and shame if I had a say in such matters.
M

Some individual who is desperate to find something which could be offensive has found this and shared it with the FA who will be terrified of being criticised and possibly cancelled so they have reacted in this way.

What are we becoming……..

I really wish people felt able to ‘grow a pair ‘ and stand up to this nonsense. 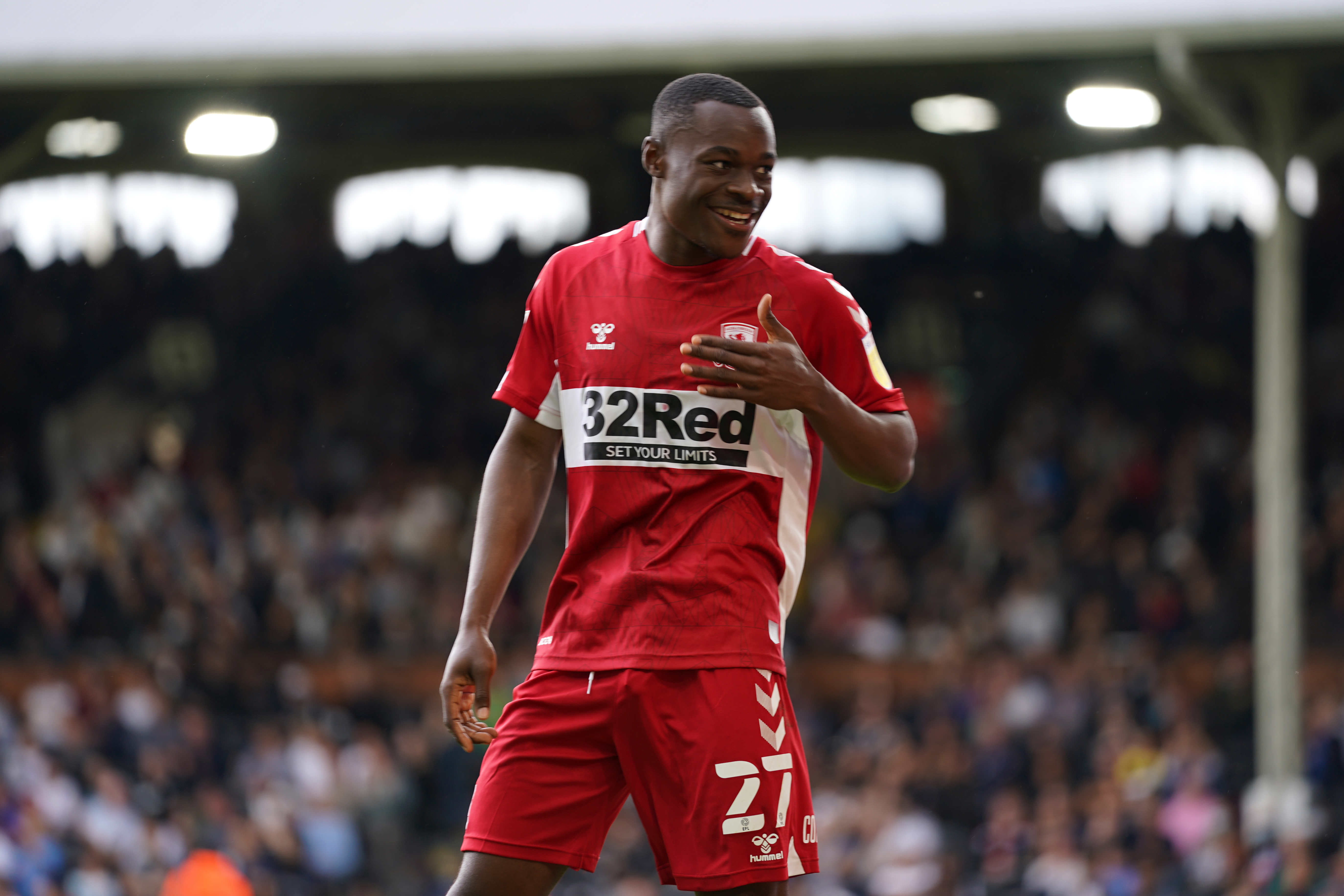 Middlesbrough defender Marc Bola has been charged with "aggravated" misconduct for comments he made on social media nine years ago. | ITV News Tyne Tees

His response should be “I was 14, not a professional footballer and do not agree with that now. Haven’t you got anything better to do than trawl through children’s social media accounts you perverts”

This sounds utterly ridiculous to me. How can you investigate someone for something they said years ago. When they were a child?

Jesus I but we've all said things in our youth that we look back on and think "nah mate, shut up" now we are adults.

It smacks of the FA not being able to fix a problem so picking easy targets so it can pretend to be fixing the problem.

Laughing said:
I think he really needs to make a stand here, depending, of course on his comments.
Click to expand...

He'd posted some song lyrics is what I have read. Others said it was to do with pedos.

14 FFS... religion was / is used to brainwash / indoctrinate the young for millennia now it seems the masses will be audited for every word they type for their entire lives… pathetic…