I couldn’t work out how to fully close the seatbelt on my new car.

And then it clicked

I haven't spoken to my wife for three weeks...

I don't have the heart to interrupt her! 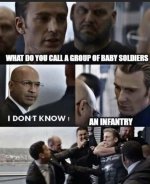 A young blonde Portsmouth girl, down on her luck, decided to end it all one night by casting herself into the cold, dark waters off Gunwharf Quay.

As she stood on the edge, pondering the infinite, a young sailor noticed her as he strolled by. "You're not thinking of jumping, are you babes?" he asked.

"Yes, I am." replied the sobbing girl.

Putting his arm around her, the kind sailor coaxed her back from the edge. "Look, nothing's worth that. ..... I'll tell you what; I'm sailing off for Australia tomorrow. Why don't you stow away on board and start a new life over there. I'll set you up in one of the lifeboats on the deck, bring you food and water every night and I'll look after you if you look after me - if you know what I mean? You just have to keep very quiet so that you won't be found".

The girl, having no better prospects, agreed, and the sailor sneaked her on board that very night. For the next 3 weeks the sailor came to her lifeboat every night, bringing food and water, and making love to her until dawn.

Then, during the fourth week, the captain was performing a routine inspection of the ship and its lifeboats. He peeled back the cover to find the startled blonde, and demanded an explanation.

The girl came clean, "I've stowed away to get to Australia. One of the sailors is helping me out. He set me up in here and brings me food and water every night and he's screwing me."

The captain stared at her for a moment before he replied, "He certainly is love. This is the Isle of Wight Ferry."

What is the difference between Rodney Marsh and Romney Marsh?

Lefty said:
What is the difference between Rodney Marsh and Romney Marsh?

The inventors of Anusol do a raw ring trade.

Is that what they call a classics joke?

Turns out I'd left it in Airplane mode.

There is a new musical group in Teesside called “1023 Megabytes”. Unfortunately they haven't had any gigs.

My wife came into my shed yesterday and said, "You're wasting your time and money on all these inventions!"

It was at this point that the Slap-A-Tw*t Automatic 3000 came into its own!

Sorry to hear that Piers Morgan has lost his job. I've left a message of condolence on my own voicemail for him to listen to. 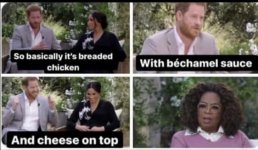 When I offer to wash your back in the shower it's just a straight, simple "yes" or "no" answer.
Not all this "Who are you and how did you get in here?' nonsense.

Wish me luck.
I have a meeting with the Bank and if it all goes well I'll be debt free.

I'm so excited I can barely put my ski mask on.

What do you call a magician who loses his magic?

It was an unexpected Journey.

YOU GOTTA FIGHT
FOR YOUR RIGHT
TO 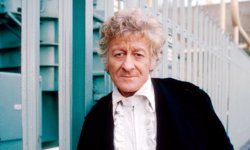 Lefty said:
YOU GOTTA FIGHT
FOR YOUR RIGHT
TO